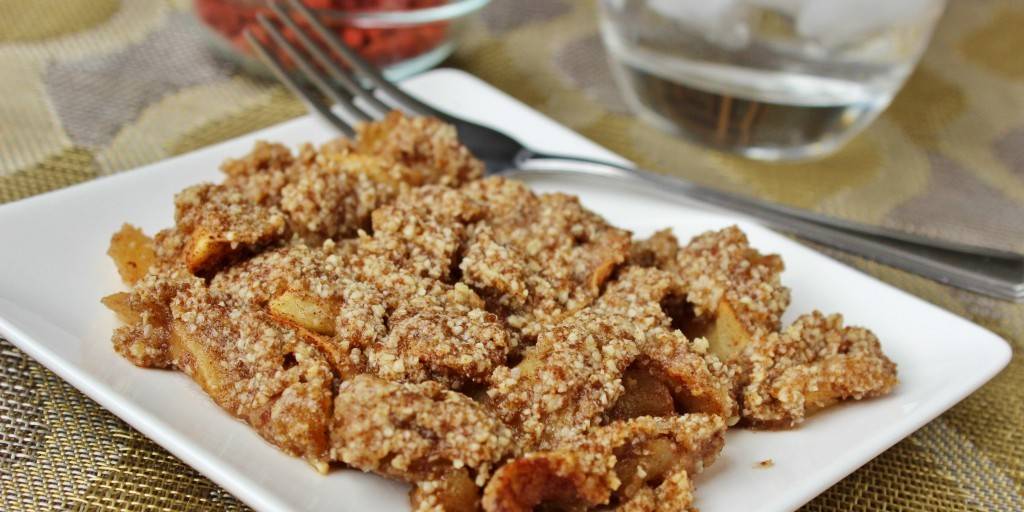 Chop the apples into thin slices, approximately 1/4th of an inch thick. Place in a large bowl and toss with 1/2 tsp of cinnamon.

In a large bowl, mix the almond flour, coconut oil and coconut sugar until nice and crumbly.

Mix the rest of the ingredients in a separate bowl. Try to spread the mix evenly over the apples and bake for 20-25 minutes.