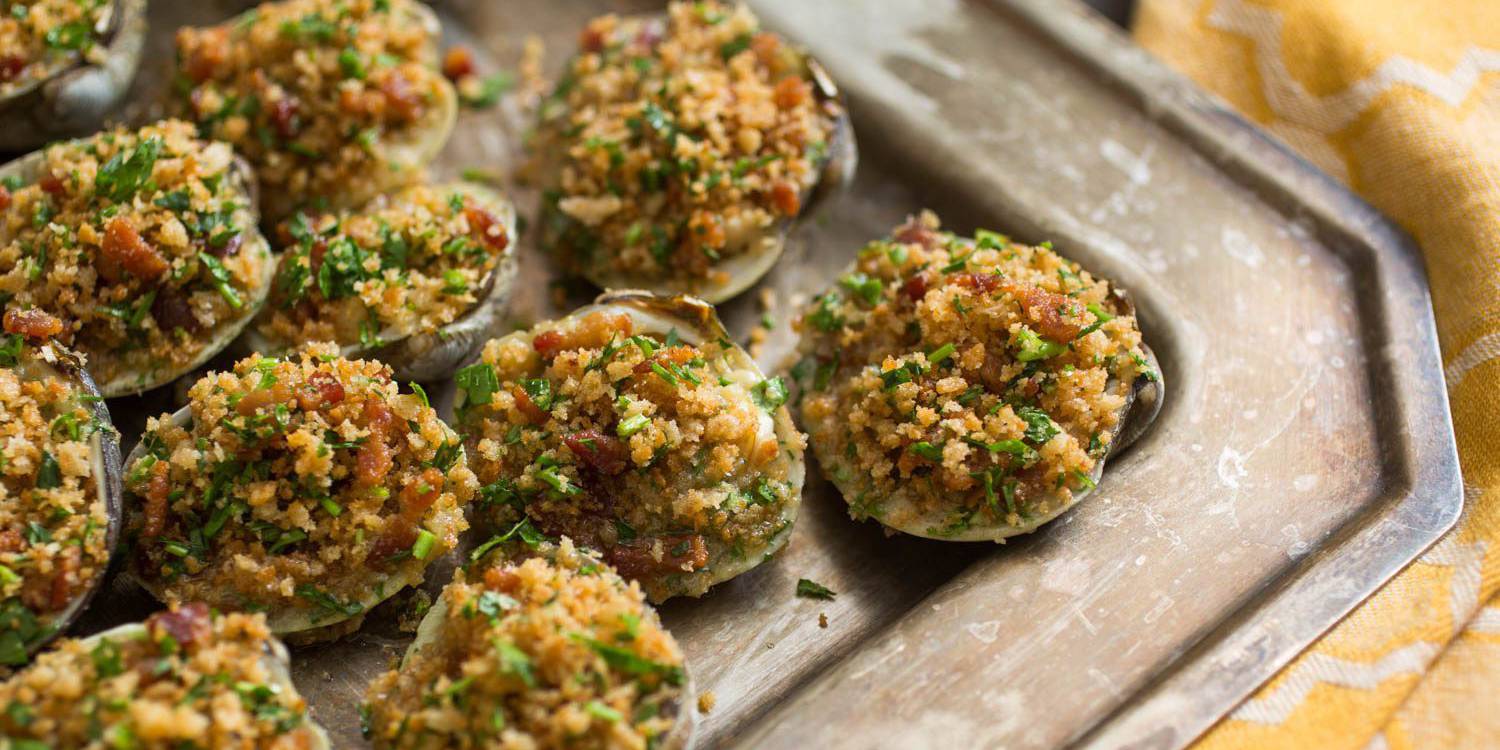 Put clams, bay leaves, and the water into a large saucepan, covering it and then bringing it to a boil. The moment it reaches a boil you’ll want to bring the heat down to about medium/low and continue to cook the clams until they begin to pop open. It should only take 5 to 10 minutes – and probably will be done sooner rather than later.

Drain all water from the pan and throw away any claims that are not opened up.

Heat up your oil in a large cast-iron skillet over about medium heat, adding your shallots and bell pepper once temperature has increased. Stir them up until they are perfectly soft – but not browned (about two or three minutes).

Add in the bacon and heat for about a minute, at which stir in your vinegar while transferring everything to a larger bowl.

The last step is to stir in the breadcrumbs, Parmesan cheese, chives, and all of the spices – popping clam meat from the shelves and stirring everything into the breadcrumb mixture. Stuff the clam meat back into their shells and then bake everything for about 20 minutes.