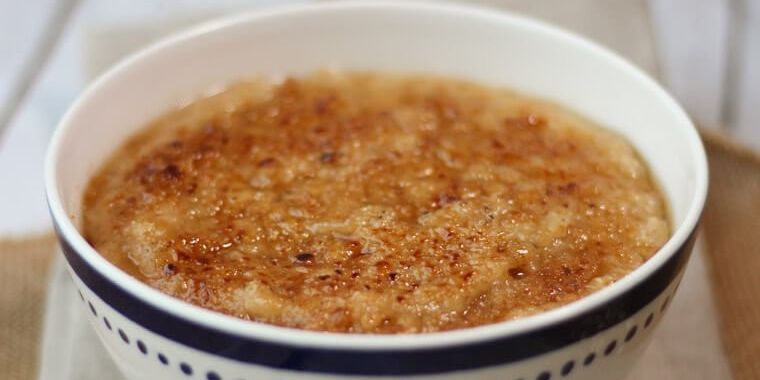 In a small pot, combine the oats with the water, salt, cinnamon, vanilla bean seeds and the residual vanilla bean pods. Bring the mixture to a simmer over medium-high heat, then reduce the heat to medium. Stir the pot occasionally until the oats have absorbed almost all of the water but are still very moist and thick- about 3-5 minutes.

In a bowl, beat the egg whites until they froth up, then add them to the pot with the oats. Cook, stirring constantly until the mixture is creamy and fluffs up- about 3 minutes.