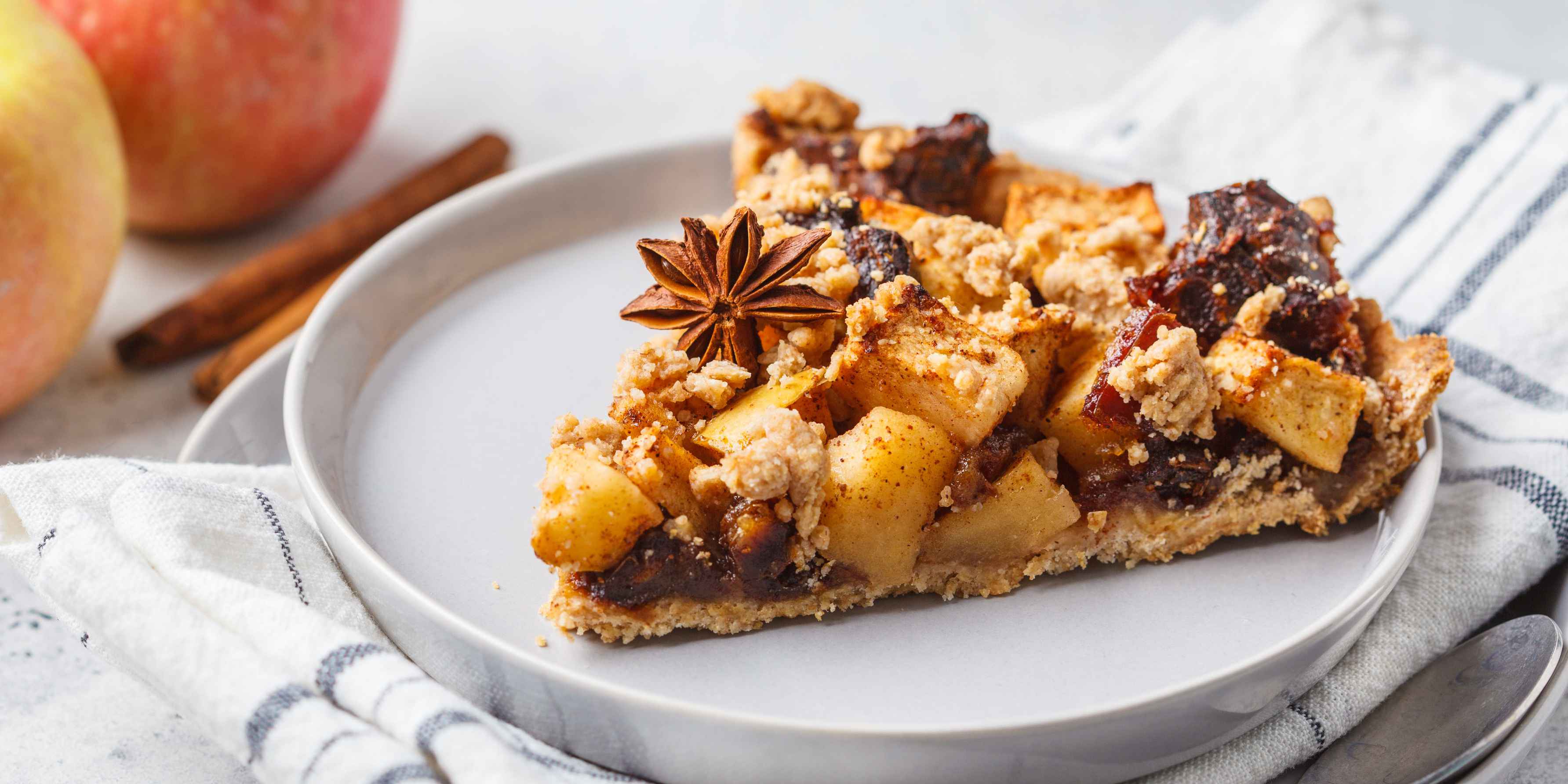 To prepare the crust:

In a food processor, blender or nut grinder, grind the pecans until they have the consistency of fine crumbs.

In a medium bowl, whisk together the oil, maple syrup and cinnamon, then add the ground pecans and mix well.

Grease an 11-inch tart pan with olive oil. Place the pan on a large cookie sheet.

Press the crust mixture evenly into the pie or tart pan. (Line the mixture with a layer of plastic wrap so it does not stick to your fingers as you form the crust.)

Put pie weights over the crust to prevent it from puffing up.

Bake the crust (with the pan on the cookie sheet) until the sides are set, about 20 minutes. Remove the weights and continue to bake until the crust is set (similar to a graham cracker crust) and no longer moist, an additional 10 to 15 minutes; the crust will continue to harden as it cools. Remove it from the oven and set aside to cool while you make the tart filling.

To prepare the filling:

Put the dates into a heat-resistant bowl and pour the boiling water over them. Soak the dates for 10 minutes to soften.

Pour the dates, soaking water, ginger, 1 teaspoon cinnamon, nutmeg, cloves and salt into a blender or food processor. Puree until smooth. Set aside while you prepare the apples.

In a medium bowl, toss the apples with lemon juice and remaining 1/4 teaspoon cinnamon. Heat the olive oil in a large frying pan and sauté the apples at medium-high heat, stirring constantly, for about 2 minutes. Add 1 tablespoon of maple syrup and lower the heat. Keep cooking the apples, stirring often, until they are tender and caramelized. Remove the apples from the heat.

Increase the oven temperature to 350 degrees. Spread the date puree evenly onto the baked crust, and arrange the apples over the entire surface of the tart.

Bake the tart for 15 to 20 minutes to marry the flavors and warm the filling. Cool slightly before serving.

Serve the tart warm, at room temperature or chilled, refrigerating any leftovers.