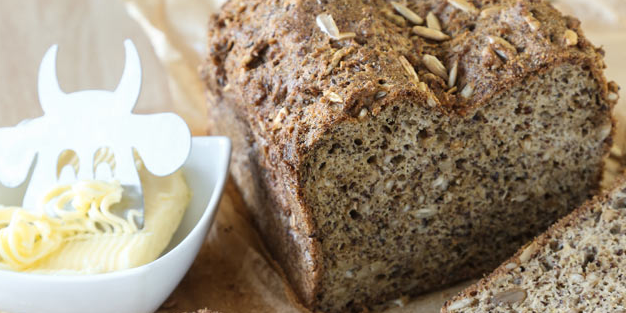 Mix the egg yolks (4 egg yolks in total - reserve 2 for another recipe) with the sesame oil and melted ghee or butter. Pour the water into the egg yolk mixture and mix well.

Beat the egg whites until they create soft - but not stiff - peaks. Add the lemon juice (or cream of tartar) while beating. Add directly to the egg whites as it will help them stay fluffy.

Add the sunflower seeds and fold them in the dough. Fill the loaf pan with the dough and transfer into the oven. Bake for about an hour.