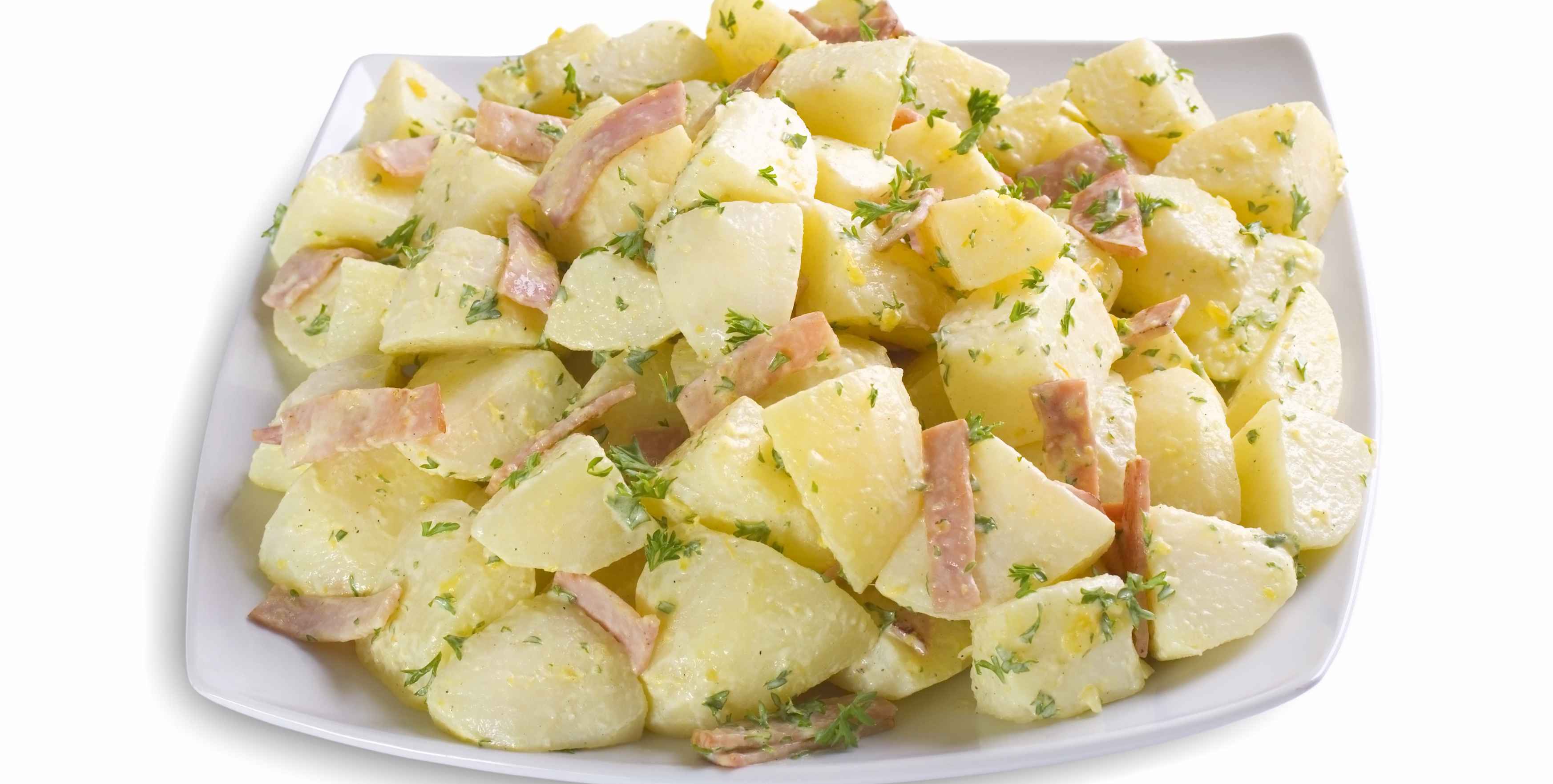 Scrub the potatoes well, then add them to a large pot with enough cool water to cover the potatoes by one inch. Add approximately ½ Tbsp salt to the cooking water. Place a lid on the pot, turn the heat on to high, and bring the pot to a boil. Continue to boil the potatoes until they can easily be pierced with a fork (about 15 minutes).

Meanwhile, prepare the dressing. In a small bowl stir together the apple cider vinegar, coarse ground mustard (or Dijon if preferred), sugar, some freshly cracked pepper, and about ½ tsp salt.

Cut the bacon into one inch pieces and add them to a large skillet. Sauté the bacon over medium heat until brown and crispy. Remove the bacon from the skillet and place it on a paper towel lined plate to drain. Leave the remaining bacon grease in the skillet.

While the bacon is cooking, dice the onion. After removing the bacon, add the onion to the skillet and sauté it in the leftover bacon grease until the onions are soft and transparent. Turn the heat off. Add the prepared dressing and whisk until the dressing is well blended with the bacon fat and it has thickened just slightly.

Once the potatoes are tender, drain them in a colander. Let them cool for a few minutes, or just until they are cool enough to handle. Slice the potatoes into ¼-inch thick medallions or half moons. Add the sliced potatoes, cooked bacon, and chopped parsley to the skillet with the dressing. Stir to combine.

Serve immediately while the potatoes are still warm.