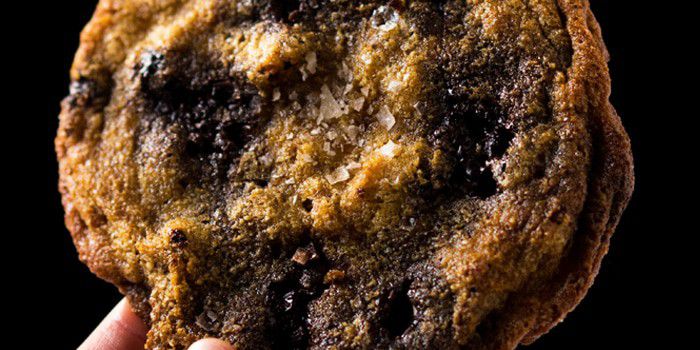 ut it seems that normal cookie rules are aggravated in keto cookies due to the vast difference in ingredients from brand to brand. So here are a few rules to help you get the cookies you want. Be it crispier, chewier, cakier… you name it!

For best texture. The cookies originally had a tablespoon of arrowroot added for extra tenderness and best overall bite, but I’ve since discovered that konjac powder (i.e. glucomannan) gives you the same results for zero carbs (this is the stuff your miracle noodles are made out of!). But you can always just use more coconut flour.

Cream the butter until light and fluffy. This is a big thing in cookies guys (i.e. the golden rule!) , and there’s no workaround! For best texture you want to cream your butter and the sweetener with your mixer for roughly 10 minutes, scrapping the bowl 2-3 times to ensure no uneven streaks remain.

I like them crisp. Use an erythritol sweetener for sure, as it’s the only one that will crisp up properly. Other than that, you’ll want pre-flatten your cookies quite a bit prior to baking and use parchment paper. For extra crispness you can even try placing your tray in the upper part of your oven and increasing temp by 10 degrees (the extra heat will spread them faster = crispier cookies!). And do note that erythritol can take up to a couple hours to crisp up completely.

I like them soft ‘n cakey. Adding some xylitol to the mix (think 3 parts erythritol: 2 parts xylitol) can really help a bunch. Other than that just don’t pre-flatten the cookie dough as much, you can bake on parchment or a baking mat, and be sure to place your rack in the middle oven. And, for extra extra cakey-ness you can even decrease the amount of butter by 10-20g. Note: convection ovens also lead to cakier cookies overall.