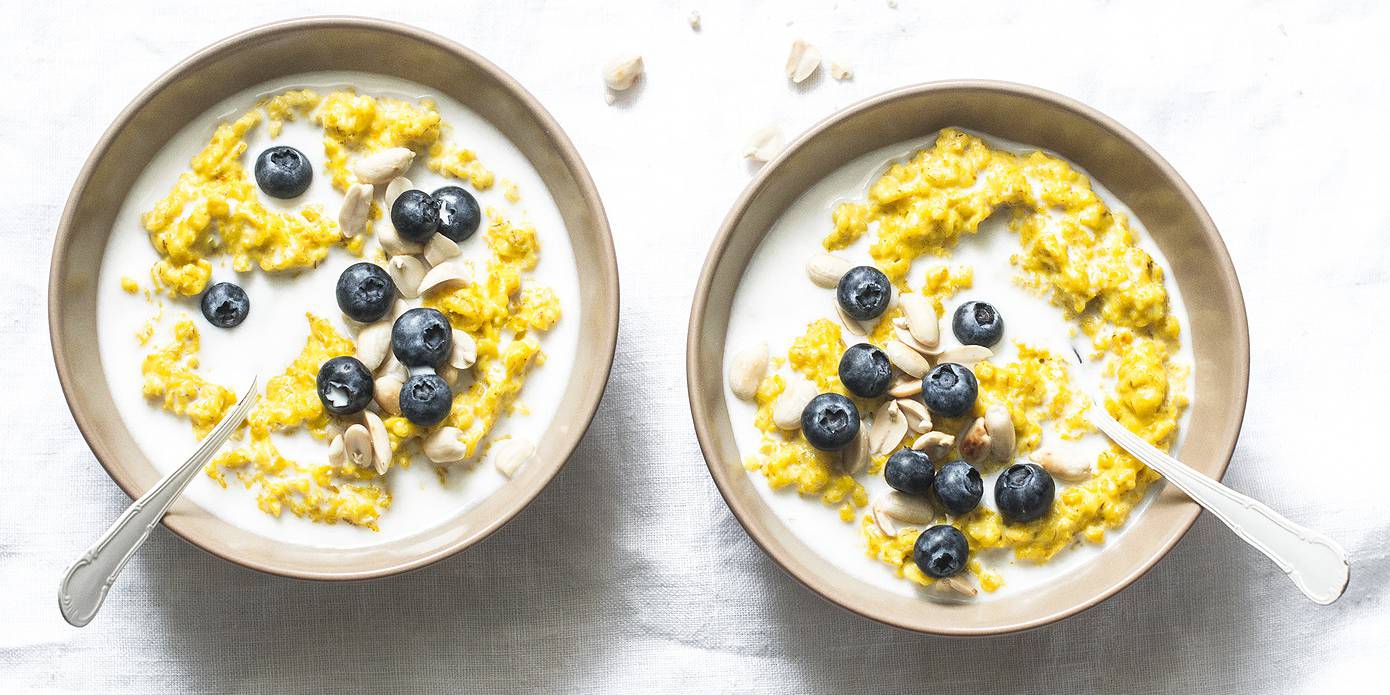 Health Highlights
This easy vegan oatmeal recipe is made with turmeric-rich golden milk, which is deeply rooted in Ayurvedic medicine for its anti-inflammatory healing power!