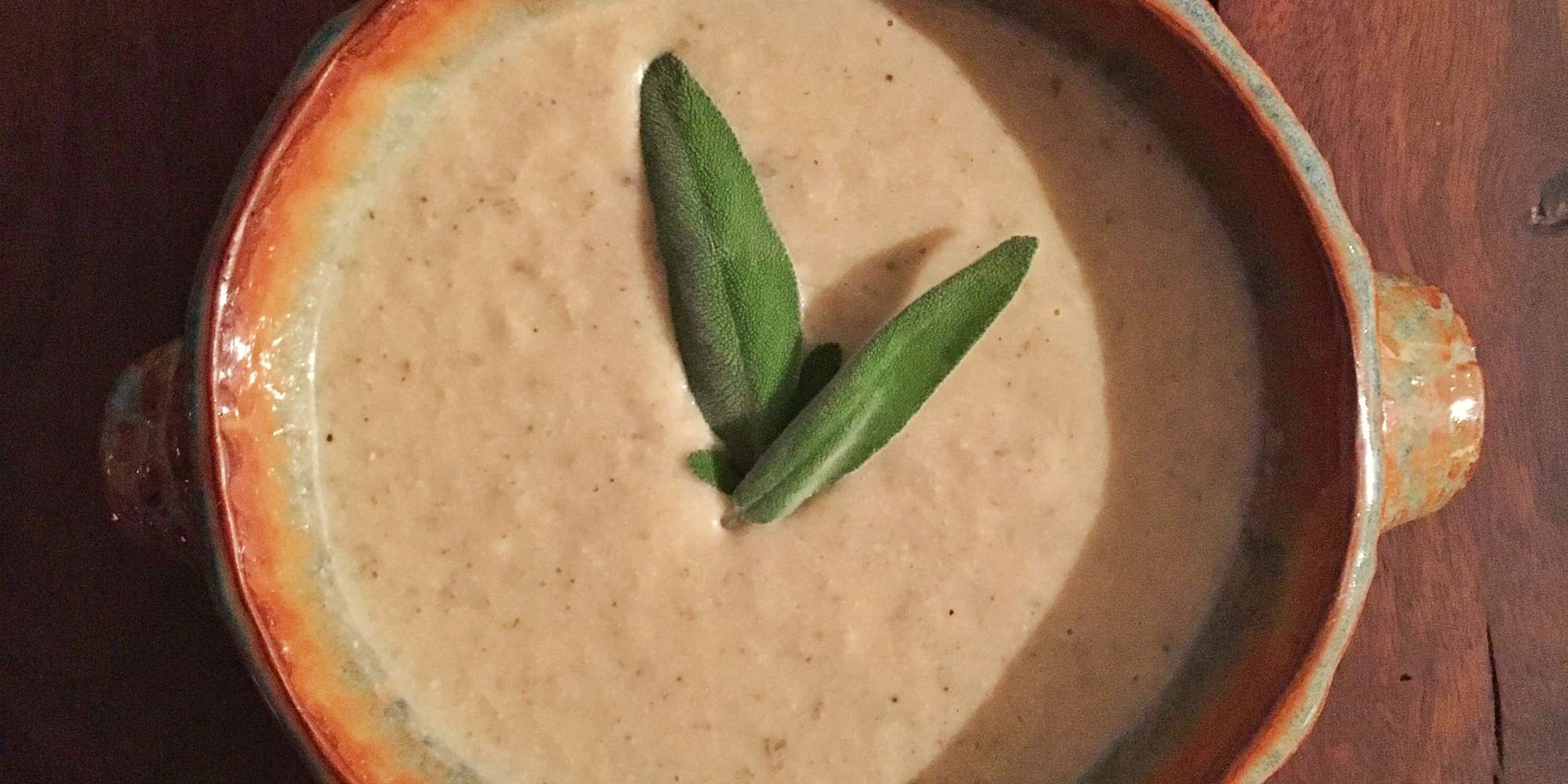 Preheat oven to 400°F. Boil 1 cup of water and pour over cashews allowing them to soak while you prepare the rest of the soup.

Scrub jerusalem artichokes clean with a damp cloth and cut into chunks. Peel and cut sweet onion in half. Cut the top of your garlic off, exposing each clove. Cut the green tops and ends of the leeks off and halve lengthwise.

Coat the leaks by massaging 1 teaspoon coconut oil per half. Do the same with the onion using 1 teaspoon for both halves. Place remaining 2 teaspoons coconut oil in a nonstick pan and melt in the oven like you did in the Beet Soup recipe, keeping a close eye. Remove from the oven and dip the cut side of the garlic head in the pan to coat with oil.

Place garlic in tin foil, creating a seal at the top by twisting the tin foil together. Do the same for the leeks, twisting tin foil on each end. Place both tin foil parcels on a pan and set aside.

Put the jerusalem artichokes, onion and sage leaves in the same pan you melted the coconut oil in and toss until coated, sprinkling with salt and pepper. Place both pans in the oven and roast jerusalem artichokes and onion for 30 minutes or until soft, stirring half way though. When you remove that pan from the oven, allow the garlic and leek parcels to roast for another 15-30 minutes.

Remove second pan and carefully cut open the parcels allowing the steam to escape. Using kitchen scissors, carefully cut the leeks into chunks. Set garlic aside to cool down.

Using an immersion blender, blend the soaked cashews and their liquid until smooth.

In a pot, combine the stock, jerusalem artichokes, leeks, onion and sage. Once manageable, remove garlic cloves from their skin and place in the pot. Using an immersion blender blend the soup until smooth. Add the cashew cream, freshly grated nutmeg and cayenne to taste.