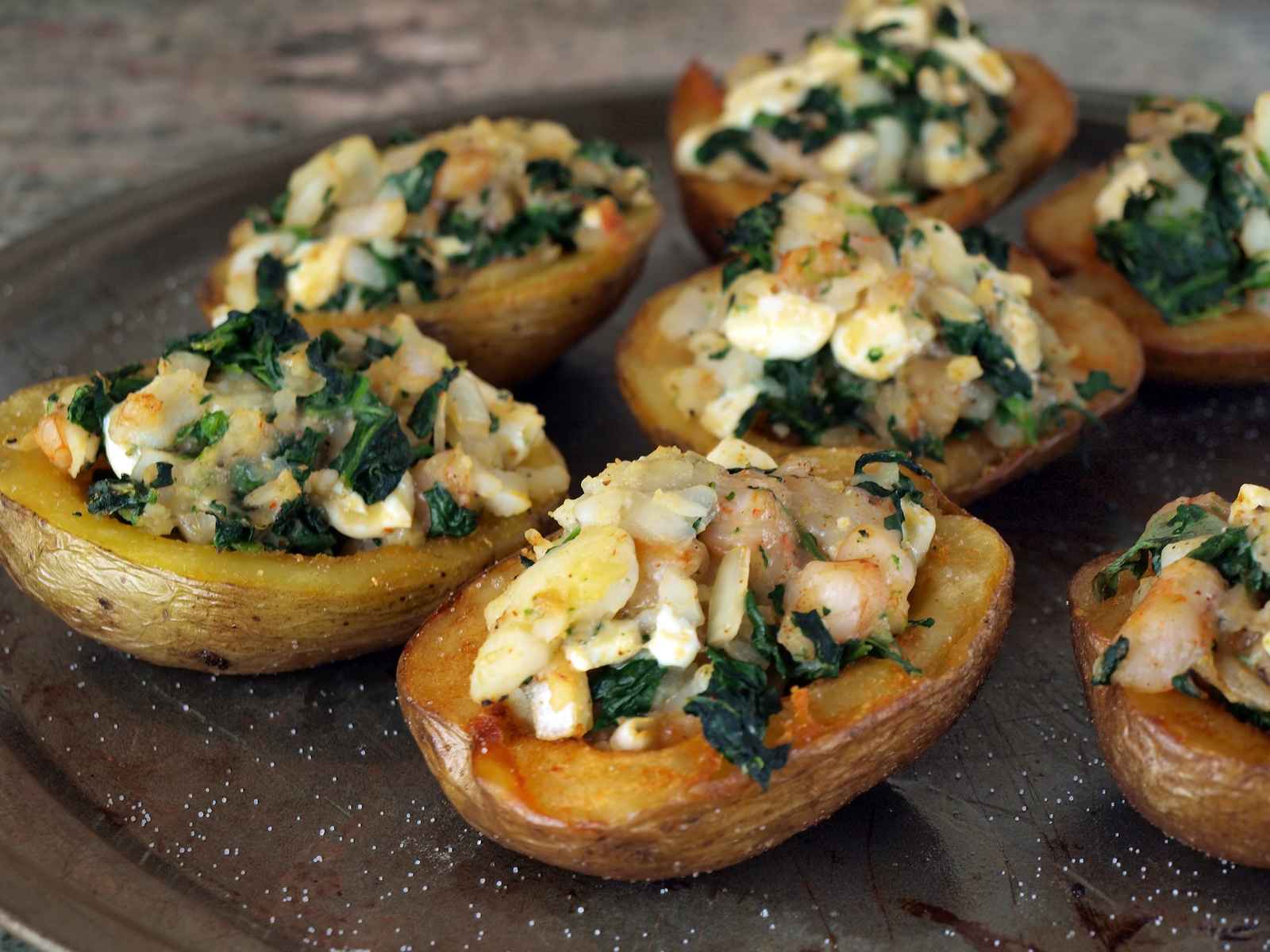 Preheat oven to 400°F. Rub the outside of each potato with olive oil and pierce each with a fork several times. Bake 50-60 minutes, until fork tender.

While potatoes are baking, in a medium sauce pan, bring ½ cup water to a boil over high heat. Reduce heat to low, add kale, cover and cook 2-3 minutes, until kale turns bright green. Drain, dry well and set aside.

Remove potatoes from oven and let cool until you can handle them. Cut potatoes in half lengthwise and scoop out flesh leaving ¼ inch potato flesh on bottom and sides of the potato skin. Place potato flesh in a large mixing bowl and mash with butter, buttermilk and sour cream until desired consistency.

Gently fold in cooked kale, Fontina, green onions, salt and pepper. Discard 2 potato halves so you have more stuffing for the remaining 6 skins. Mound the mixture in potato shells, sprinkle each with 1 tbsp Parmesan and place on a baking sheet. Bake at 400°F for 15-20 minutes until golden on top.

Recipe from: Bite Me More
Side