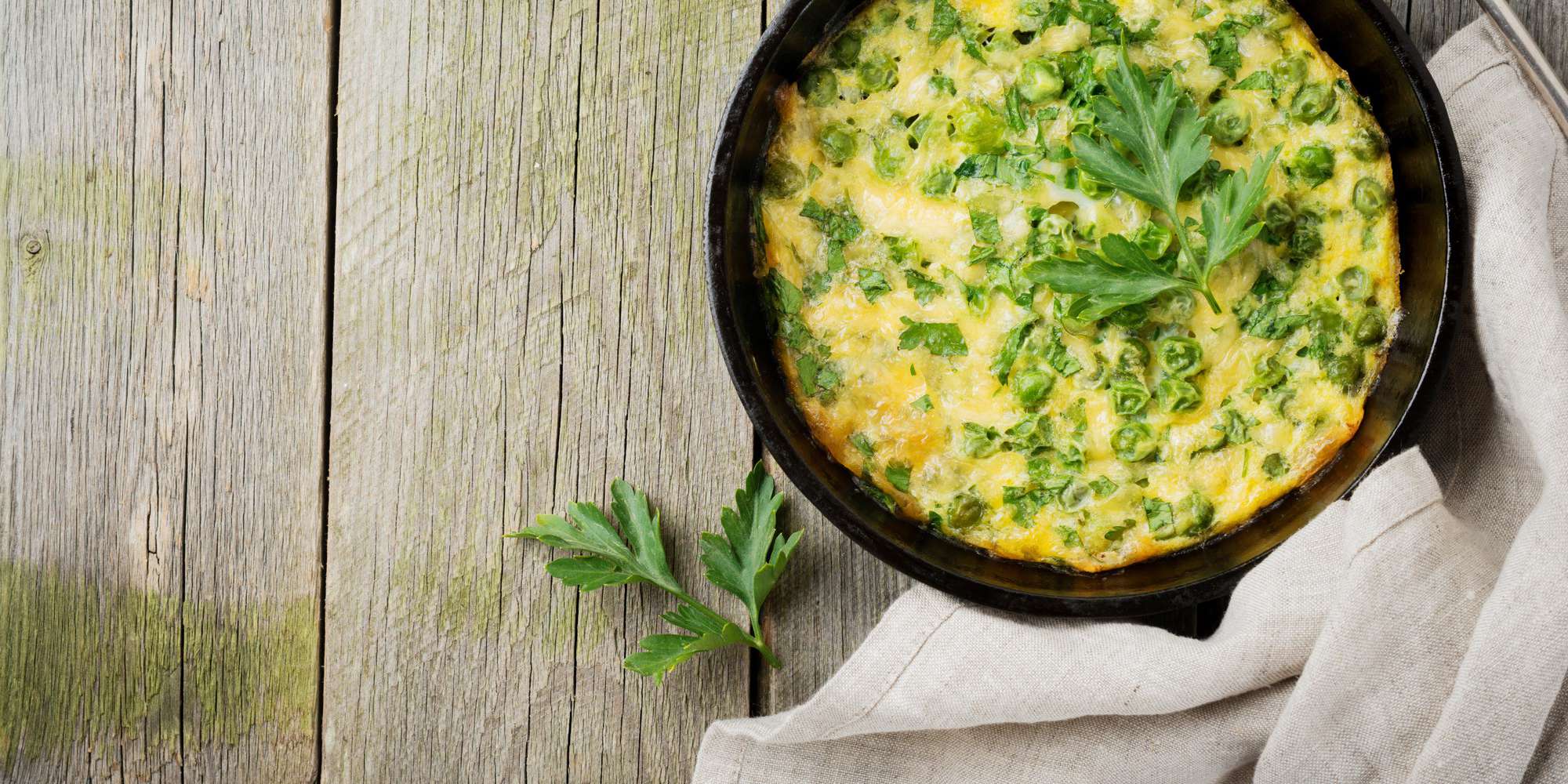 1. Whisk together the 3 egg yolks in a small mixing bowl and set aside.

2. Beat the seven egg whites in a large mixing bowl with a large whisk until they form soft peaks. Add the yolks to the beaten whites and very gently whisk the mixture, just to combine.

3. Set the eggs aside in the fridge while you prepare and cook the vegetables.

5. Combine the cubed sweet potato with 1 cup water in a large, nonstick, oven-safe skillet over high heat or a regular, oven-safe skillet. Be sure to coat the regular skillet thoroughly with oil. Bring to a boil, then reduce the heat to a simmer and cook, stirring occasionally, just until all the water has evaporated and the sweet potato is soft on the outside, about 8 minutes.

6. As soon as the water is evaporated, add the olive oil and onion, stir together, and season with salt and pepper. Cook over medium heat, stirring often, for about a minute.

7. Cut kale along the stem and discard the stem, then chop the leaves. Add the chopped kale leaves to the sweet potatoes and cook, stirring often, until the kale is wilted and dark green, about 2 minutes more.

8. Spread the vegetables evenly over the bottom of the skillet, then pour the egg mixture on top and spread it in an even layer.

9. Bake in the preheated oven until the frittata is puffed, cooked through, and very lightly browned on top, 5 to 6 minutes.

10. Let the frittata cool in the skillet for 5 minutes, then flip it onto a cutting board and cut it in half. Eat half for breakfast, with ½ a blood orange, cut in wedges.

Let the remaining half cool completely before storing in an airtight container in the fridge.

are high quality protein, excellent source of B vitmains and high in omega 3 fatty acids if stated on carton

blood oranges are high in anthocyanins which help fight off free radicals, vitamin C, vitamin A and folic acid

is high in fiber and an excellent source of vitamin C, B6 and manganese