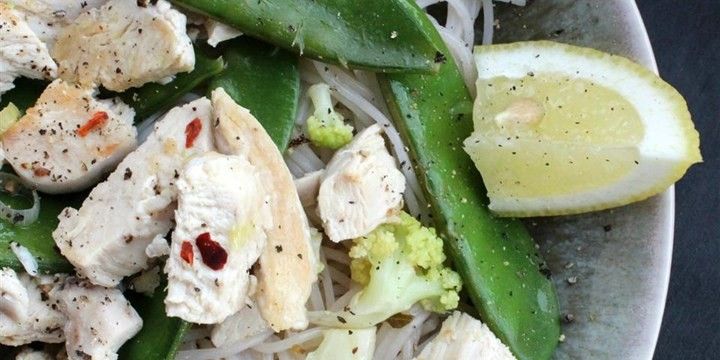 Bring a large pot of water to a boil. Add chicken; cook until an internal thermometer inserted into the center reads at least 165 degrees F (74 degrees C), 15 to 20 minutes. Drain and cool until easily handled; cut into cubes.

Mix chicken with coriander in a bowl.

Bring a large pot of lightly salted water to a boil. Cook angel hair, stirring occasionally, until tender yet firm to the bite, 4 to 5 minutes. Drain.

Heat olive oil in a large skillet over medium-high heat. Add half the chicken; cover and cook until lightly browned, about 1 minute. Transfer to a plate. Repeat with remaining chicken.