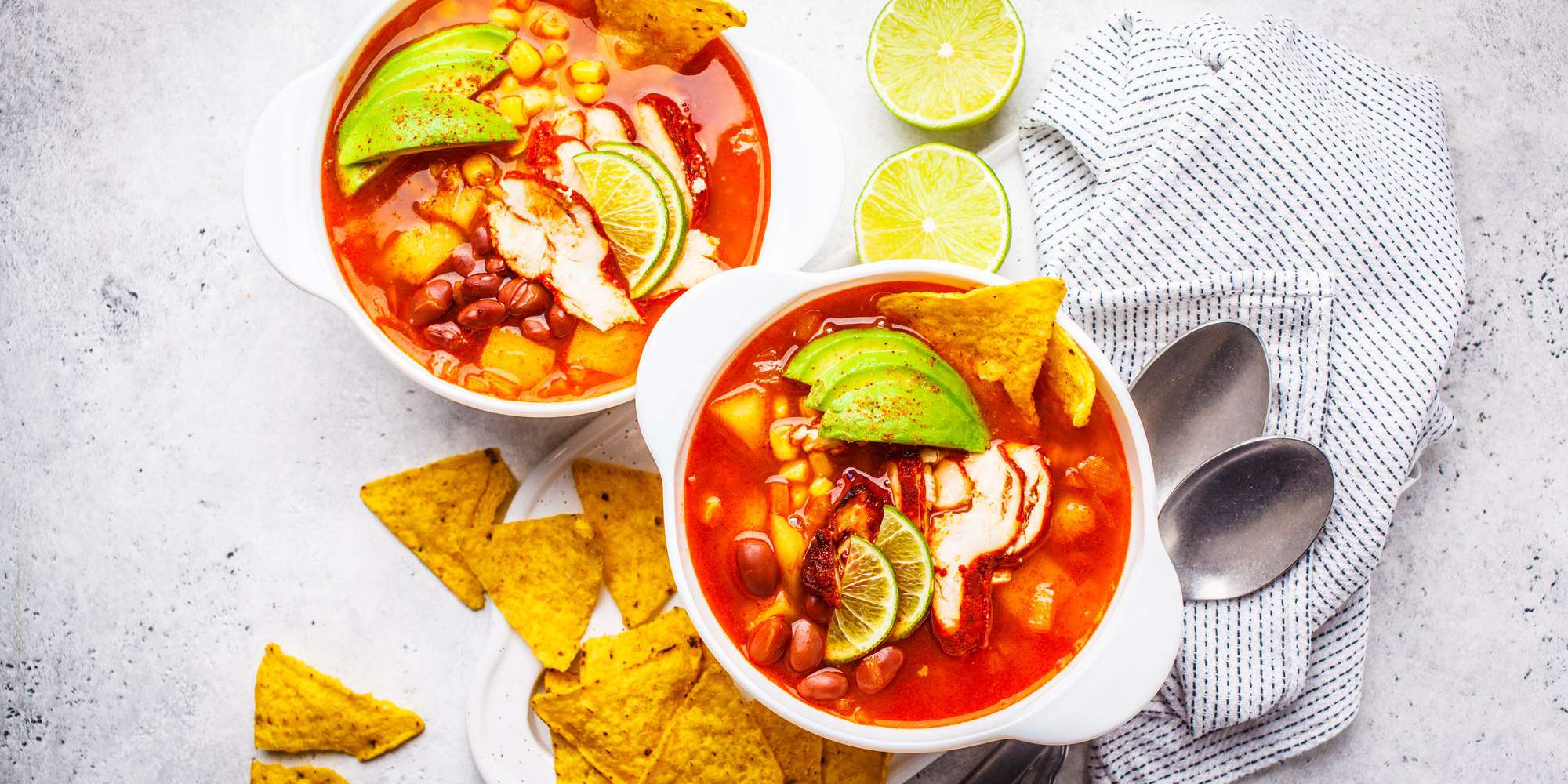 1. Place oven on broil. Line a cookie sheet with foil and place poblano peppers down. Broil on high for 5-10 minutes per side, or until skins are dark. Remove from oven, cool for two minutes, then transfer peppers to a plastic bag ziploc bag, seal shut and leave for 5 minutes.

2. Heat olive oil in a large skillet over medium-high heat. Generously season chicken with salt and pepper. Add chicken to pan once oil is hot; browning chicken on both sides, about 4-5 minutes on each side. Transfer chicken to the bowl of the slow cooker.

3. In the same skillet, add onion, garlic, jalapeno and red pepper; cook for 6-8 minutes or until onions are soft. Stir in chili powder, cumin and oregano.

4. Transfer to slow cooker then add in diced tomatoes, tomato paste, chicken broth, water, black beans, corn and quinoa; stir then cover and cook on high for 4 hours or on low for 6-7 hours.

6. Serve with tortilla chips, avocado and additional cilantro if desired.