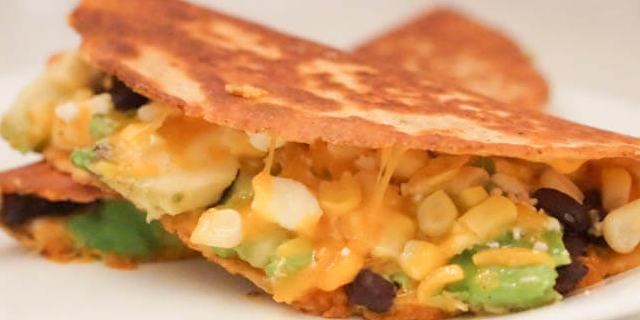 Smear half of the tortillas with the pumpkin mixture. Top with black beans, avocado, corn, cilantro and the two cheeses. Fold the other half over to seal together.

Preheat a large nonstick skillet with a teaspoon or two of oil over medium high heat. Add a few folded quesadillas to the pan and cook until golden brown, about 3-4 minutes. Flip over and cook on the other side until golden brown.

Transfer to a baking tray in the warmed oven while you repeat with remaining quesadillas.